Celebrate your child's special day with a Mad Science birthday party! We handle everything you need to make your child's next party a huge success. Our diverse packages, optional add-ons and ready-to-go Goody Bags, loaded with multiple science-themed toys, are sure to be the talk of the playground! 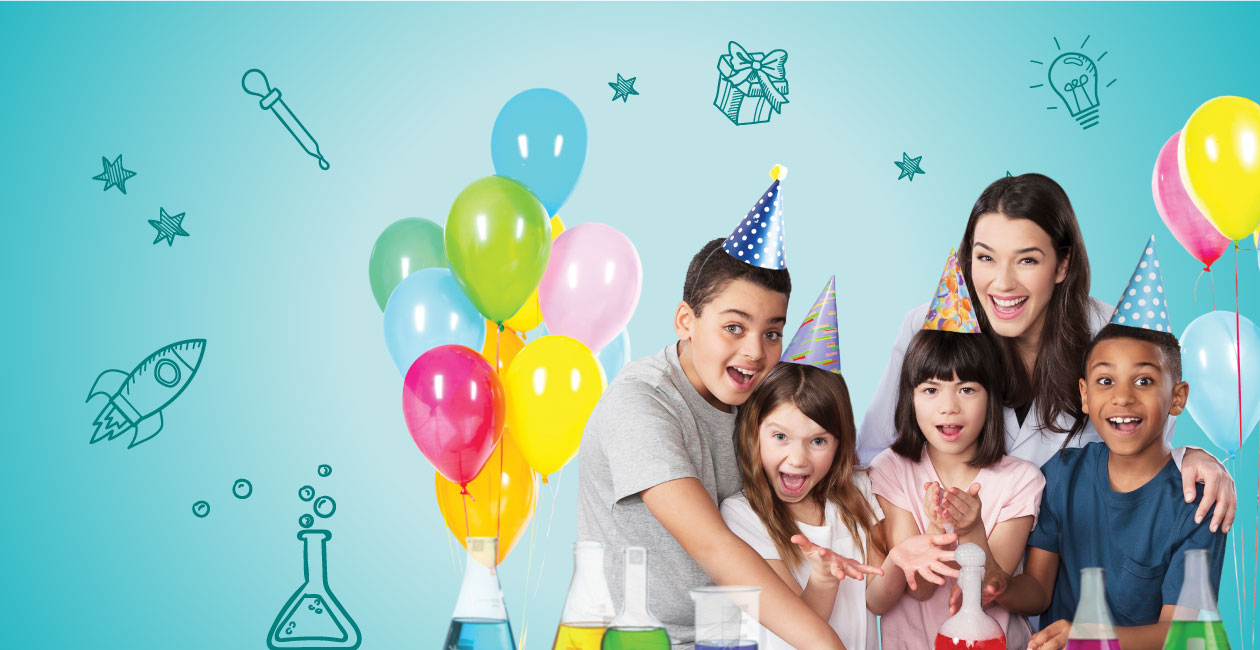 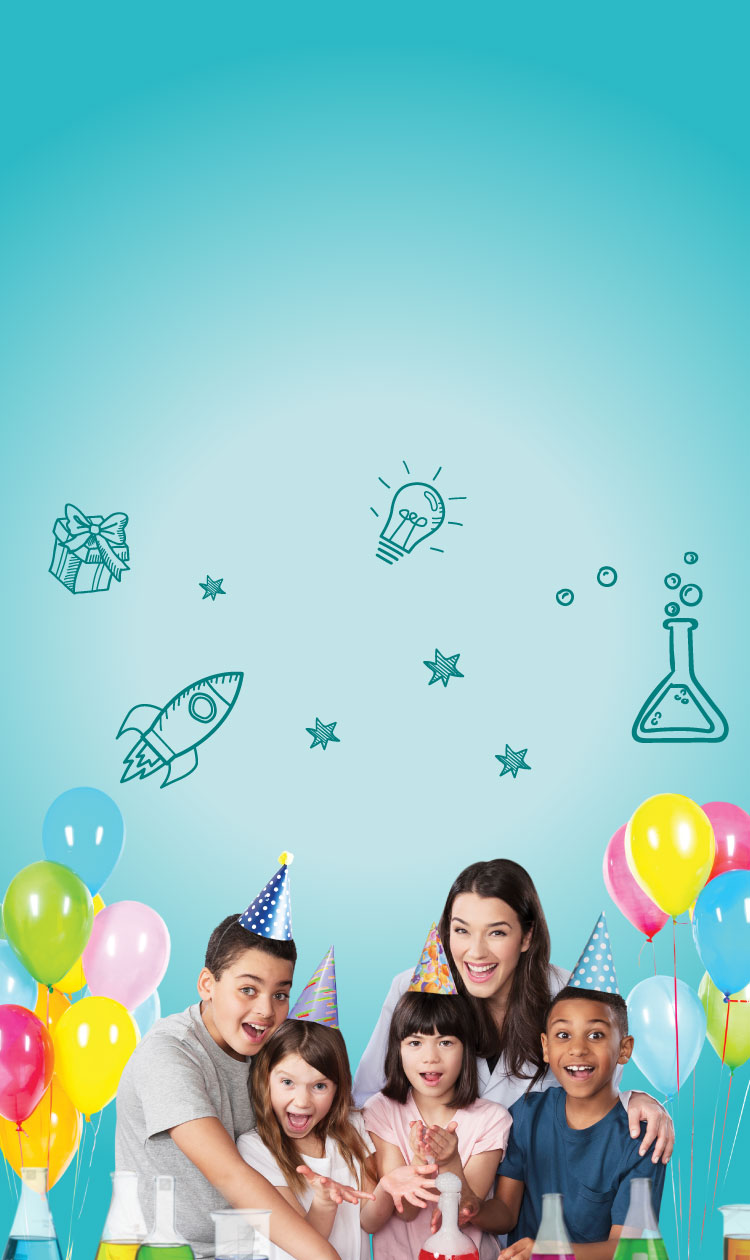 Ready to get your Mad Science party started? 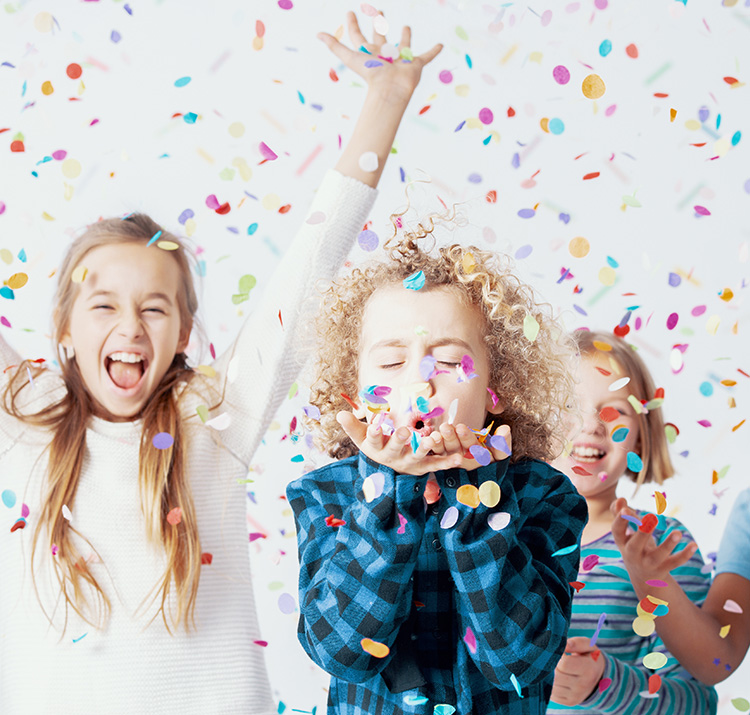 All About Our Birthday Parties!

Make-and-take activity for each child, like slime, putty, or a bouncy ball

Held at your house, our party room, or a rented venue, like a community center

Mad Science parties entertain children and parents alike! See what it's all about! 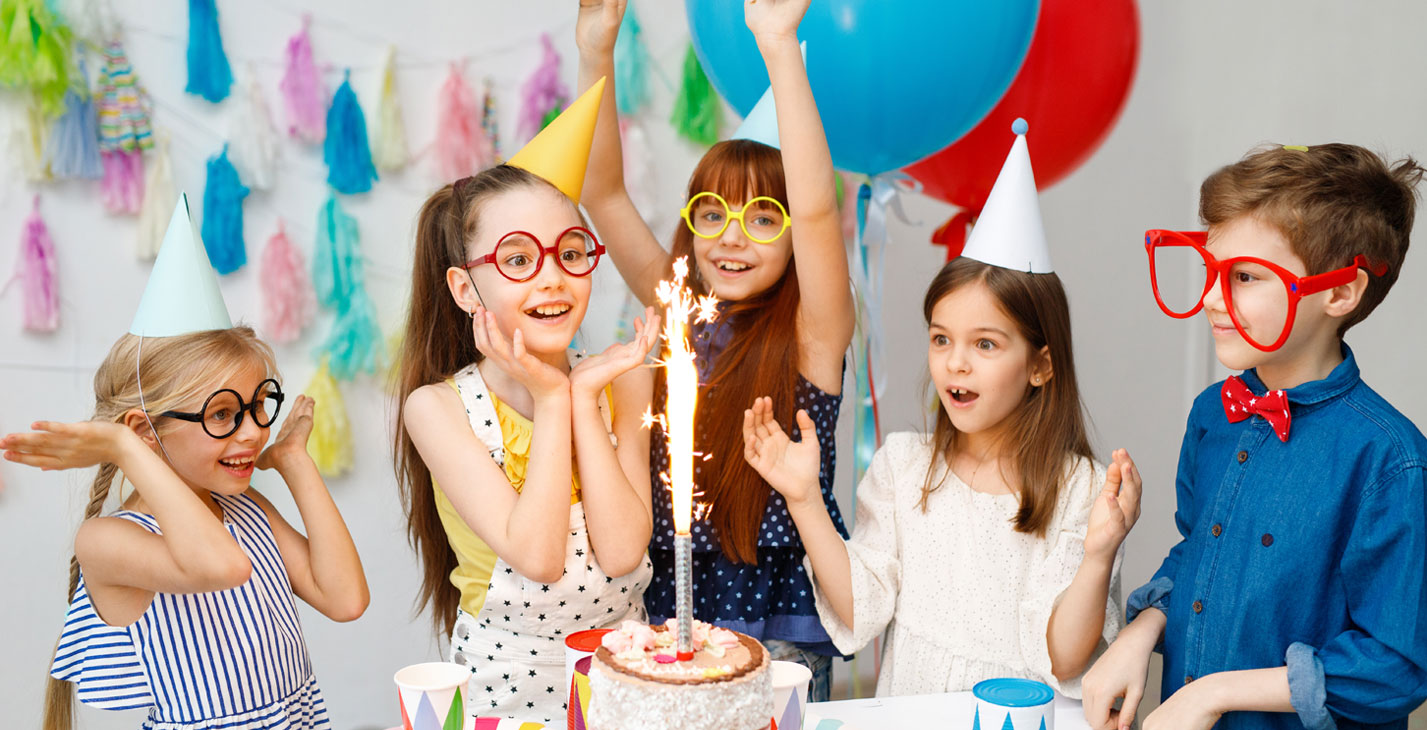 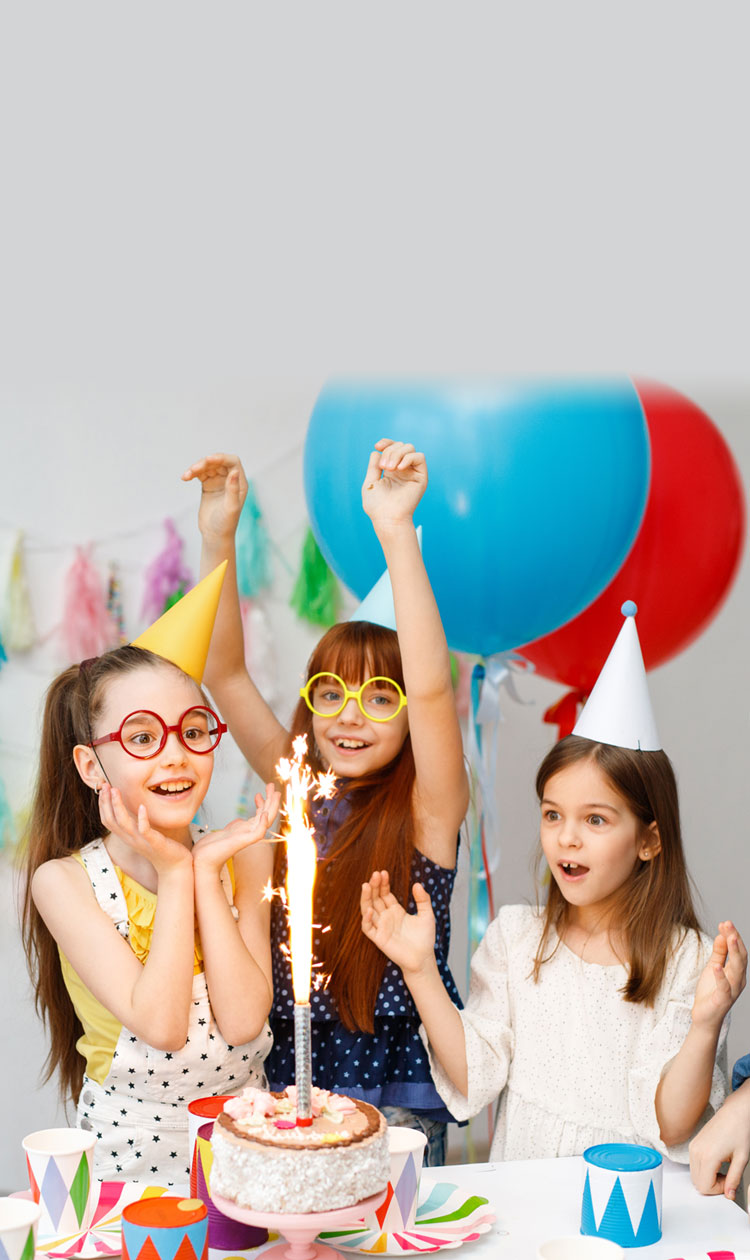 No mess, no stress! Our Mad Scientists take care of set-up and clean-up so that you can enjoy the demonstrations along with your child. Be amazed by spectacular chemical reactions, rocket launches, plasma balls, ooey, gooey slime and much, much more! 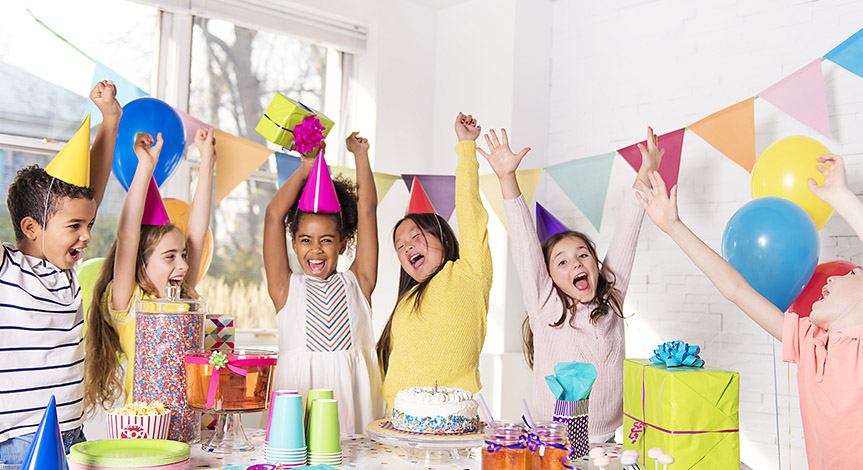 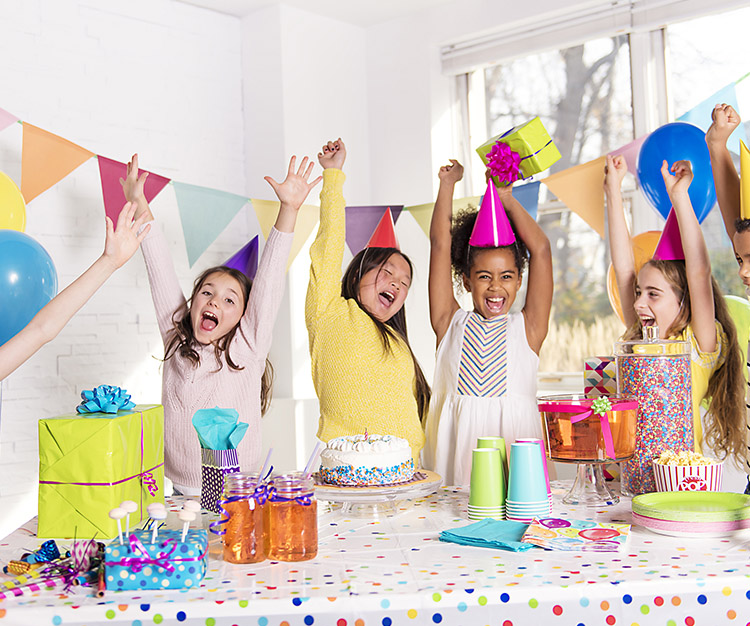 Party at the Glen Allen Lab

Don’t want to host the party at your house? We would love to host your Birthday Party at our lab. 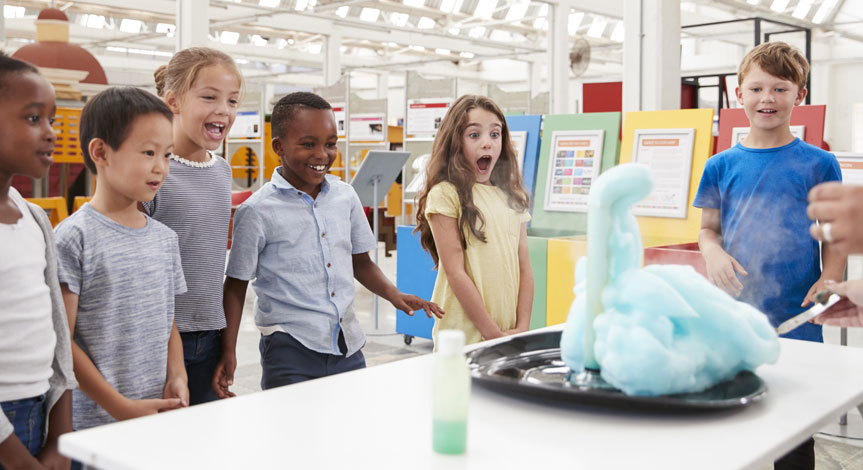 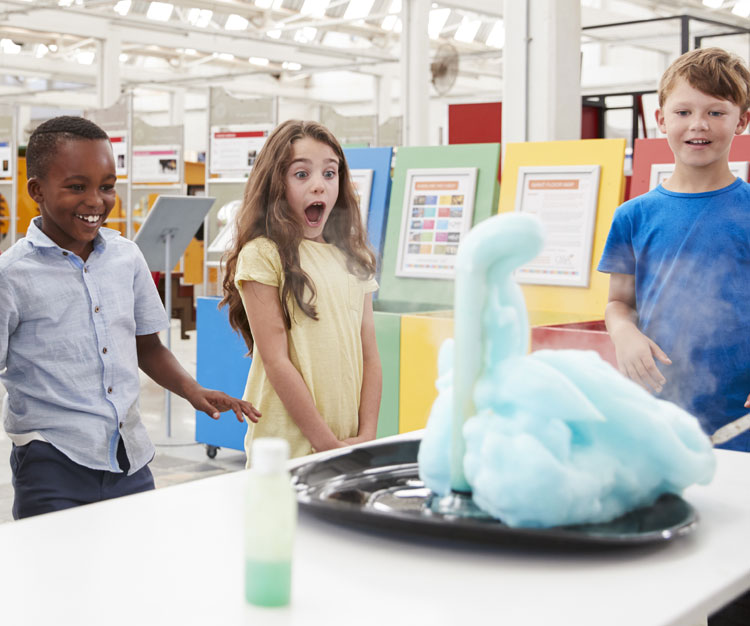 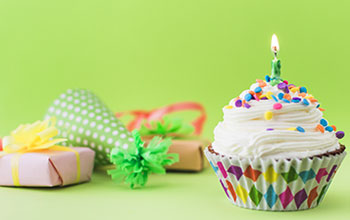 Kids check out dissolving foam, see tornadoes whirling about indoors, and watch a pin pierce a balloon without breaking it. They also observe a special heat-sensitive paper capture a picture of their hand without a camera! 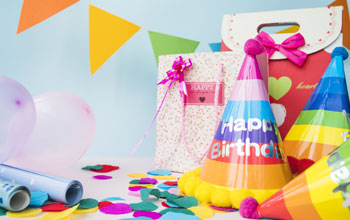 This event dazzles and amazes children as they watch water “disappear” in a glass, see white light split into all the colors of the rainbow. and have some of their very own indoor fireworks to celebrate their birthday. 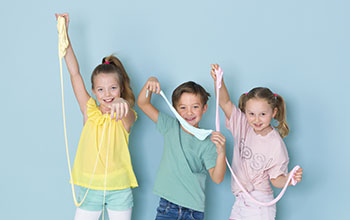 Children have been asking for this one and we have listened. Presenting our Mad Science Party all about SLIME! Awesome Slimy Demonstrations and Hands-On Slime Making abound. The party participants will create THREE different take home slime varieties, including Traditional Slime, Glow-in-the-Dark Slime, and Snowball Slime. 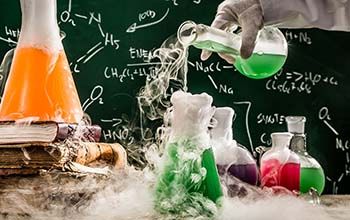 Enter the world of wizardry with Mad Science's magical party. From special potions to bubbling brews crafted from our mystical ingredients, you'll feel just like you're at wizarding school! The presentation is customizable - it can be entirely magical, or it can also include the follow-up scientific explanation of what occurred. 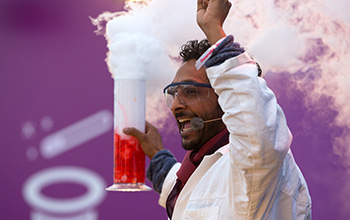 Are you looking for the perfect touch of spookiness for your Halloween party this year? Our Mad Science Halloween Party is just the thing. Our presentation will have your audience gasping and laughing at the Mad Scientist's peculiar and chilling science experiments. 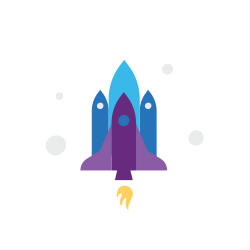 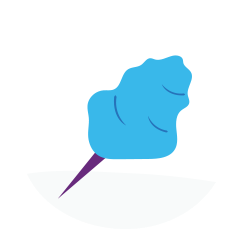 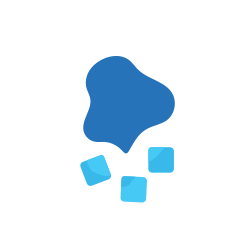 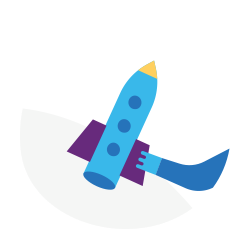 Goody Bag with Science-Themed Toys
$7.50 each 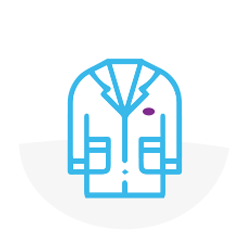 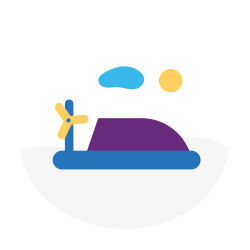 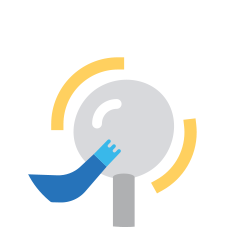 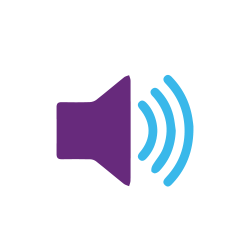 READY TO GET YOUR MAD SCIENCE PARTY STARTED?

Here's what parents have to say about our parties!

My son's Kindergarten class had a Mad Science birthday party and the kids were mesmerized. A lot of fun and learning. The scientist did a great job keeping kids interest(ed) throughout and made for an enjoyable birthday at our house even with a small wobbly table we provided (sorry). Great job!

Excellent experience! Party guests texted the next day to say what a great time the children had. Even the adults enjoyed the show! (The Mad Scientist) was so much fun, and delivered a truly educational event! Thanks so much for a great party!

Mad Science Party was awesome!!! Our Mad Scientist (was) Carrot Top and her experiments were great! Even the parents were excited! Thank you!

When do I pay?

We require a 50% deposit to book your party. At the end of your party, you will pay the Mad Scientist for the Mad Science Goody Bags you purchased, and for the remaining balance of the party. You can pay with cash, check, or provide authorization to charge the credit card we have on file.

Do I need to provide anything?

We will need access to water for set-up and clean-up and access to electricity. Please let us know if your party location does not have either of these.

How far in advance do I need to book my party?

Our party schedule fills up quickly. We suggest you book well in advance to get the date and time you want. Generally, at least 3 weeks in advance is recommended.

Reach out to us for more information